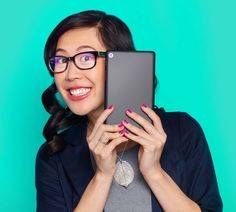 Rosen Optometry is excite to offer EyeZen eyeglasses. EyeZen are wonderful new blue blocking eyeglasses which address digital eye strain in two ways. EyeZen first filters out a lot of the harmful blue light which we are inundated with from our computer screens, tablets and cell phones. There is a lot more blue light coming from those devices compared to the other wavelengths. As well, there is much more blue light being emitted by the new light bulbs – the compact fluorescent light bulbs (CFLs) then from our old incandescent bulbs.

The second way EyeZen relieves eyestrain is that the lens also has a subtle magnification at the bottom so your eyes don’t have to work so hard while reading. It is a single vision lens but acts a bit like a multifocal due to this nice enhancement. Patients say they feel much more comfortable and a lot less strain while using the EyeZen lenses as opposed to before they were wearing them.

Another great thing about EyeZen lenses compared to other blue blocking lenses is that Eyezen uses a clear blue blocking coating, but on most of the other brands you can see the blue blocking filter tint and color on the lens. EyeZen’s coating is completely invisible.

We are recommending these a good deal to young adults since they are using these digital devices a great deal, and as well to all those who work on and or use a computer four or more hours a day.

Even for patients who currently don’t need to wear glasses, if they are using any of these digital devices or computers for more than four hours a day, we still recommend EyeZen to relieve the eyestrain as well as protect your eyes from the harmful effects of the blue light emitted.